Your Food and Radiation 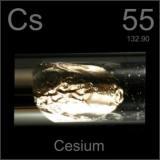 Because of the risk of Cesium 137 being present in plumes of radioactivity, it is wise to consider the effect on food.  Cesium 137 is attracted to soil and it can get into the food chain through plants, grass eaten by food source animals, and in many other ways.  This radioactive element has a half life of 30 years which means that just half of the radioactivity will be gone in 30 years.  Another cycle or so will be needed to eliminate all of the cesium from the soil.

Since cesium acts like potassium in your body it is wise to eat potassium rich foods and perhaps use potassium supplements. This is a risk to your kidneys.

US foods in some categories like canned fish and sodas are exposed to gamma radiation before the products are shipped from factories.


Last Friday's earthquake woes continue for Japan. The radiation threat from a nuclear power plant in Fukushima, where fires have already exposed radiation waves as far out as Tokyo, isn't abating, and the U.S. has issued evacuation orders for everyone located within a 50-mile perimeter of the reactor. As uncertainty remains, countries that import Japanese food are on alert for possible contamination.

Those nearby, such as Thailand, South Korea, Taiwan, India, Singapore and parts of China, have begun screening the imported Japanese food for radiation, and Italy has banned all Japanese food imports outright. Tuesday, the European Union issued an alert recommending radiation checks on all imports that have come out of Japan since March 15.

Contaminated food continues to emit radiation -- the stronger the level of radiation, the longer it lasts. Any exposure to radiation increases the risk of cancer.

What types of food is implicated? Anything grown or produced in the fallout area -- and affected areas continue to spread. Most at risk are living foods such as plants and animals, which could absorb radiation through the ground, reports the Wall Street Journal. "Immediate contamination could occur from particles from the air settling on plants or feed, or in the longer run radioactive elements could get washed to the soil where plants grow," states the Journal. This would affect fresh foods as well as animal products from affected livestock such as milk and cheese. Non-growing foods kept in warehouses and silos should be protected.

White House spokesman Jay Carney told reporters yesterday, "The agencies that check food imports do that every day and of course are aware of what has happened in Japan and will be checking food accordingly."

NB: Radioactive Cesium was the main cause of death following Chernobyl.
Photo Credit: http://www.periodictable.com/
Posted by Unknown at 09:29