Based on my experience St John's Wort is a very safe and effective herb.  The problem as I see it is that the majority of products sold are not the whole herb and are not properly manufactured.

Pharmacists petition FDA to restrict sale of St. John's Wort Wed, 2013-01-30 11:21
Nutrition Business Journal
Brittany McNamara
The Pharmacists Planning Service, Inc. (PPSI) submitted a citizen petition to the U.S. Food & Drug Administration (FDA) earlier this month in an attempt to make St. John’s Wort (SJW) available to consumers only when sold from behind pharmacy counters.
In the petition, PPSI, a California-based non-profit focusing on promoting public health and education, stated that “switching St. John’s Wort from Herbal Dietary Supplement to behind pharmacy counter status is in the best interest of public health and safety for all U.S. consumers and patients.” PPSI cited negative drug interactions, bans of the product in other countries and deaths related to the product as reasons to change the shelf placement of SJW.
The association further justifies the petition by asserting that nearly half of U.S. consumers take dietary supplements and that “SJW is one of the most popular supplements.” According to Nutrition Business Journal estimates, however, sales of St. John’s Wort accounted for just .02 percent of total dietary supplement sales in the United States in 2011, and sales have been flat-to-declining since the beginning of the 2000s.
No other dietary supplement is sold from behind pharmacy counters in the United States.
“This petition exhibits a remarkable misunderstanding of the laws in the United States that govern drugs and dietary supplements,” said Michael McGuffin, president of the American Herbal Products Association (AHPA). “This is somewhat surprising, because PPSI has been around for a long time and has done some good work in its area of expertise.”

St. John’s Wort is an herbal product known to aid with mild depression, anxiety, symptoms of menopause and heart palpitations among other things. According to the National Center for Complementary and Alternative Medicine, the herb is widely prescribed for depression in Europe.
However, evidence that it aids with depression is not definitive, and other dangerous side effects can occur when St. John’s Wort is taken alongside prescription drugs. These side effects include increased levels of serotonin that are life-threatening, psychosis, weakening of prescription medications such as birth control pills and some cancer medications, sensitivity to sunlight and an upset stomach.
Rather than placing the product behind the counter, AHPA suggests properly labeling SJW products with statements that warn users against taking the product with other prescription drugs without consulting a physician, and avoiding excessive exposure to UV radiation while using the product.
“Ready access to a broad range of dietary supplements by informed consumers is always preferable to creating restrictions to access,” McGuffin said.
PPSI has previously submitted petitions to FDA, including one to remove pseudoephedrine from the market, which the agency denied.


Natural Health News: St. John's Wort treats major depression
Oct 08, 2008
Oct 08, 2008
St. John's Wort extracts tested in the different trials were better than placebos and as effective as standard antidepressants with fewer side effects, the researchers reported in the Cochrane review, a journal that analyses ...
http://naturalhealthnews.blogspot.com/
clipped from Google - 1/2013

Natural Health News: Shame on Bastyr U
Jun 11, 2008
Jun 11, 2008
Since Carla Johnson fails to identify in her article exactly what type of St. John's Wort capsules were utilized in this study, it leads to a lot of speculation. The speculation may include whether or not Wendy Weber specified a ...
http://naturalhealthnews.blogspot.com/
clipped from Google - 1/2013
Natural Health News: Kimberly Zoberi is Certainly Uneducated
Apr 09, 2010
Apr 09, 2010
Dr. Kimberly Zoberi of Saint Louis University in Missouri says not only have St. John's wort and other herbs taken for anxiety -- such as kava extract and valerian -- not been shown to be effective, but there may be safety issues.
http://naturalhealthnews.blogspot.com/
clipped from Google - 1/2013
Natural Health News: Lighting Darkening Skies
Nov 07, 2007
Nov 07, 2007
St. Johns wort, Hypericum perforatum L. Several years ago I wrote this article and since we've moved into standard time this past weekend, I thought it an opportune moment to post it here. I was recently interviewed for an ...
Posted by Unknown at 10:32 2 comments: Links to this post 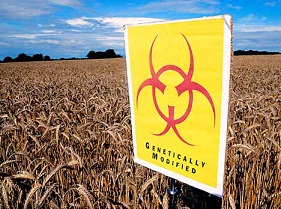 A virus gene that could be poisonous to humans has been missed when GM food crops have been assessed for safety.

GM crops such as corn and soya, which are being grown around the world for both human and farm animal consumption, include the gene.

A new study by the EU's official food watchdog, the European Food Safety Authority(EFSA), has revealed that the international approval process for GM crops failed to identify the gene.

"Getting a flu shot is a personal choice, although most healthcare experts recommend it. But now there's a new vaccine in town. You know that flu vaccine you're hearing about? The one that's made using an insect virus? About 150,000 doses of FluBlok are expected to hit the market at the tail end of the 2013 flu season. The Food and Drug Administration (FDA) approved the vaccine for use for 18- to 49-year-olds, saying it is different than other flu vaccines on the market because it isn't grown using eggs. This allows for much faster manufacturing. The approval came after a clinical trial of 2,300 people found FluBlok prevented the flu in about 45 percent of cases and was effective against all circulating flu viruses, not just the strains included in the vaccine.
According to Protein Sciences Corporation, the Connecticut-based manufacturer, Flublok does not contain the controversial mercury-containing preservative thimerosal. "This approval represents a technological advance in the manufacturing of an influenza vaccine," says Karen Midthun, MD, director of the FDA's Center for Biologics Evaluation and Research. "The new technology offers the potential for faster startup of the vaccine manufacturing process in the event of a pandemic, because it is not dependent on an egg supply or on availability of the influenza virus."
SOURCE: RODALE
How do they know, how do they know it is safe, where are the studies?

And, ONLY 45% effective.  Not much to say for this jab, better to try to improve your nutrition and take good herbs, supplements, foods - all that are know to be of help.

Posted by Unknown at 08:58 No comments: Links to this post 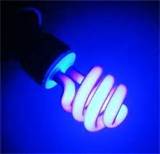 Not only do these bulbs waste energy, they are a hazardous waste, and now:

A study funded by the U.S. National Science Foundation and published in a recent issue of the journal Photochemistry and Photobiology found widespread chipping or cracking in the phosphor surface coating of nearly all the compact fluorescent bulbs they examined. These cracks allow UV rays to escape, which would have been absorbed by the phosphor coating and converted to safe, visible light.

As reported in many new services, including "HealthDay, "most of the bulbs 'have cracks in the phosphor coating, probably due to the fact that the coating is brittle and has trouble making the tight bends required to make these bulbs compact," explained study lead author Miriam Rafailovich, a professor of materials science and engineering and director of the Garcia Center for Polymers at Engineered Interfaces at Stony Brook University in Stony Brook, N.Y. 'As a result, we observed, by eye, defects in nearly all the bulbs that we studied." The researcher added that  "skin cells exposed to [compact fluorescent light] emissions showed the same damage as those exposed to UV light" when placed close, less than one foot, to a CFL bulb. (SOURCE)