It must be a day for graphics at Natural Health News

08/05/10 Alexandria, Virgina — This week, over 70 percent of Missourians voted for Prop C — to exempt the state from the federal insurance mandate — and, by extension, against President Obama’s health care plan. Three more states — Arizona, Florida, and Oklahoma — also have votes on deck with the hope of a possibly-binding opt out of the mandate.

From STLtoday’s coverage, via The Daily Bail’s post on the landslide vote:

“‘The citizens of the Show-Me State don’t want Washington involved in their health care decisions,’ said Sen. Jane Cunningham, R-Chesterfield, one of the sponsors of the legislation [...] With most of the vote counted, Proposition C was winning by a ratio of nearly 3 to 1.”﻿ 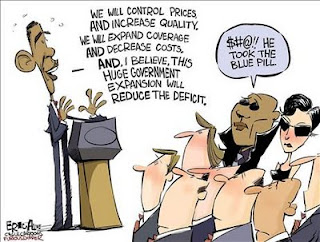 Health Insurance Reform and how it works (sic), a flow chart from Congress 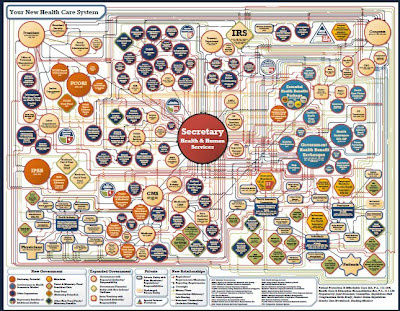 I crack up every time I see this chart.

So do I and that is why I just had to post it.

It is truly representative of why government costs so much and why is is so ineffective...