It's more of that anti-cancer Cyanide

All seeded berries contain seeds with a proven anti-cancer compound called proanthocyanidins. You might do as well with the whole foods and skip this pricey drink.

A mixed fruit punch could provide a devastating blow against prostate cancer.

In tests, Blueberry Punch cut the size of tumours by a quarter in two weeks.

Trials are now planned to see whether a daily glass or two of the drink could treat the disease and even prevent it developing in the first place. 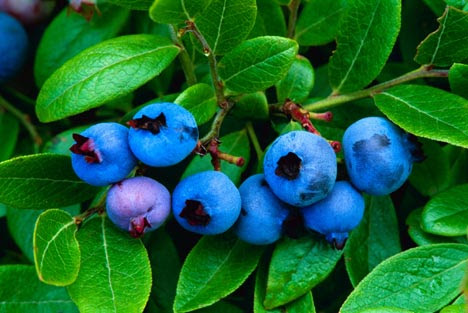 Prostate cancer is the most common cancer in British men, with nearly 35,000 new cases a year and more than 10,000 deaths.

Blueberry Punch is an Australian product but is available for sale on the internet at £16 a bottle.

It also includes a host of other natural ingredients thought to boost health, including green tea, olive leaves, the herb tarragon and the spices turmeric and ginger.

It is thought the ingredients act together to cut inflammation and block a cancer gene.

Dr Jas Singh, who conducted the research on mice at Sydney University, said: "We have undertaken efficacy studies on individual components of Blueberry Punch in the same laboratory setting and found these effective in suppressing cell growth in culture.

"We reasoned that synergistic or additive effects are likely to be achieved when they are combined."

The researchers looked at the effect of Blueberry Punch on both cancer cell cultures in the laboratory and genetically engineered mice with human prostate tumours. After only two weeks of having the syrupy solution added to their drinking water, their tumours had shrunk by 25 per cent, an American Association for Cancer Research conference heard.

Successful human trials would give the punch 'more credibility within the medical and scientific communities', he said, adding: "We would like it to be considered in the same league as a drug."

In Britain, the Prostate Cancer Charity, said the drink had shown 'promising results' but cautioned that the research was still at an early stage.

Debbie Clayton, the charity's information manager, said: "The researchers are planning a small study of 150 men with prostate cancer who will drink three glasses of the juice every day.

"This is a large quantity for men to consume on a regular basis and further studies will be needed to establish the most effective. These studies will need to involve much larger numbers of men and it may be several years before we are able to offer men clear guidance on how the drink may help them.

"In the meantime, we would recommend that men include a variety of fresh fruit and vegetables in their diet, ensuring they get a "rainbow" of colours."

The research was part-funded by Blueberry Punch's Australian manufacturer, Dr Red Nutraceuticals. However, the scientists said they designed and conducted the experiments independently.