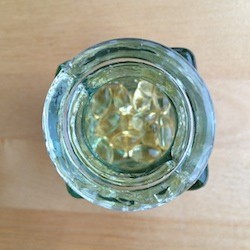 A calculation error may have skewed the vitamin D recommendations by the National Academy of Sciences (NAS),  Institute of Medicine (IOM). They are far too low, by a factor of ten, say researchers at UC San Diego and Creighton University. Researchers submitted a letter of challenge, published in the journalNutrients, which confirmed a calculation error that was also noted by other investigators using a data set from a different population.
Dr. Cedric F. Garland, Dr.P.H., adjunct professor at UC San Diego’s Department of Family Medicine and Public Health said his group confirmed findings published by Dr. Paul Veugelers from the University of Alberta School of Public Health, which were reported last October in the same journal.
“Both these studies suggest that the IOM underestimated the requirement substantially,” said Garland. “The error has broad implications for public health regarding disease prevention and achieving the stated goal of ensuring that the whole population has enough vitamin D to maintain bone health.”
The recommended intake of vitamin D specified by the IOM is 600 IU/day through age 70 years, and 800 IU/day for older ages. “Calculations by us and other researchers have shown that these doses are only about one-tenth those needed to cut incidence of diseases related to vitamin D deficiency,” Garland explained.
Robert Heaney, M.D., of Creighton University, wrote: “We call for the NAS-IOM and all public health authorities concerned with transmitting accurate nutritional information to the public to designate, as the RDA, a value of approximately 7,000 IU/day from all sources.” Garland noted, “This intake is well below the upper level intake specified by IOM as safe for teens and adults, 10,000 IU/day.”
References:
1. Heaney, R.P. et al. 2015. Letter to Veugelers, P.J. and Ekwaru, J.P., A Statistical Error in the Estimation of the Recommended Dietary Allowance for Vitamin D. Nutrients 2014, 6, 4472–4475; doi:10.3390/nu6104472 URL: http://www.mdpi.com/2072-6643/7/3/1688
2. Veugelers, P.J. et al. 2014. A Statistical Error in the Estimation of the Recommended Dietary Allowance for Vitamin D. Nutrients 2014, 6(10), 4472-4475; doi:10.3390/nu6104472 URL:http://www.mdpi.com/2072-6643/6/10/4472/htm.

Natural Health News: Vitamin D Important for Parkinson's
Jul 13, 2010
The researchers from Finland's National Institute for Health and Welfare measured vitamin D levels from the study group between 1978 and 1980, using blood samples. They then followed these people over 30 years to see ...
http://naturalhealthnews.blogspot.com/
New Vitamin D RDA and Vitamin D Deficiency | pilladvised
Dec 14, 2010
The latest controversy that has spun out of the new Vitamin D RDA announcement has caused some people to turn away from this important vitamin. But that could put them at risk of low Vitamin D and the Vitamin D Deficiency ...
http://naturalhealthnews.blogspot.com/
Natural Health News: More Benefit from Vitamin D
May 20, 2011
Vitamin D (actually, a hormone) appears to play a wide variety of roles in health and disease. Back in 2007 I reported on a study which found that higher levels of vitamin D were associated with better physical functioning in ...
http://naturalhealthnews.blogspot.com/
Natural Health News: Older Adults Need More Vitamin D
May 19, 2010
Not only do older people require more vitamin D, but so do people of color, people who do not go in the sun, those wearing clothing that fully covers the body from head to toe, but those dealing with obesity (this group may ..
Posted by Unknown at 11:56